Linate airport closed for renovation from July, 27th to October, 27th 2019.
The flights will be transferred to Malpensa and Bergamo airports.

Linate airport – one of the three airports that serve Milan, the closest to the city and just 2 km from the Atlantic Business Center – will be closed from July, 27th to October, 27th 2019.
There will be refurbishment and renovation works: the take-off and landing runway will be redone, the boarding area and the baggage handling system will be renewed.
From October,  27th the airport will be back in operation, but some work will continue until 2021 when the first section of the new M4 subway will open.

Why Linate airport is closed?

In the city airport important infrastructural works are planned to improve the quality and the level of safety.
The first of the interventions that will be carried out will be the remaking of the take-off and landing runway. These are extraordinary maintenance work that must be carried out every 15-20 years to guarantee passengers high levels of safety.
Meanwhile, it will also begin the remaking of the boarding area and also the system that receives the suitcases and prepares them for boarding in the aircrafts (BHS).
The works for the renewal of the boarding area include the expansion of the shops and restaurants.
It is not the first time that Linate airport closes: it happened already in 1982 and 2002, again to allow work and maintenance of the runway.

The flights are moved to Malpensa and Orio al Serio

Most of the flights that depart and arrive at Linate today will be transferred to Milan Malpensa airport. Other flights will be operated from Bergamo – Orio al Serio from where Alitalia will make four daily connections with Rome Fiumicino airport. The airlines have already stopped selling tickets to and from Linate during the closing period.

For those who have already purchased flights scheduled on Milan Linate during the closing period, the recommendation is to contact the airlines for information on rescheduling flights. In many cases the carriers have already provided to inform the passengers through specific notices by email or SMS. It is important, then, to pay attention to any communications. Also because the boarding cards with the Milan Linate indication must be updated.

To facilitate the significant increase in passengers at Malpensa, the gates and baggage handling system have been extended and renewed. In addition, there will be a series of upgrades to facilitate travel from the city to the airport: the Malpensa Express trains connecting terminals 1 and 2 of the airport with the Milan Cadorna, Milan Porta Garibaldi and Milano Centrale stations will double; bus frequency will increase during peak hours; and finally the motorway toll will be reimbursed for those who use the A4 motorway to go to the airport from Milan.
In terms of public transport by taxi, the Municipality of Milan promotes for three months the special shared taxi service to and from Malpensa airport, with a fixed rate of € 95 to be divided by the number of passengers using the service.

The closure of Milan Linate from July, 27th to October, 27th marks the beginning of a redevelopment project that will last until 2030 and includes the construction of the new M4 underground line that connects the airport with the city center, whose first section is Linate – Forlanini FS will be put into operation by January 2021, the Linate – Dateo section by June 2022, the Linate – San Babila by December 2022 and the entire Linate – San Cristoforo line by July 2023.
Expansion of the F section of the Milanese airport, a new business hotel and new SEA offices are also planned.
Below are some renderings of the project. 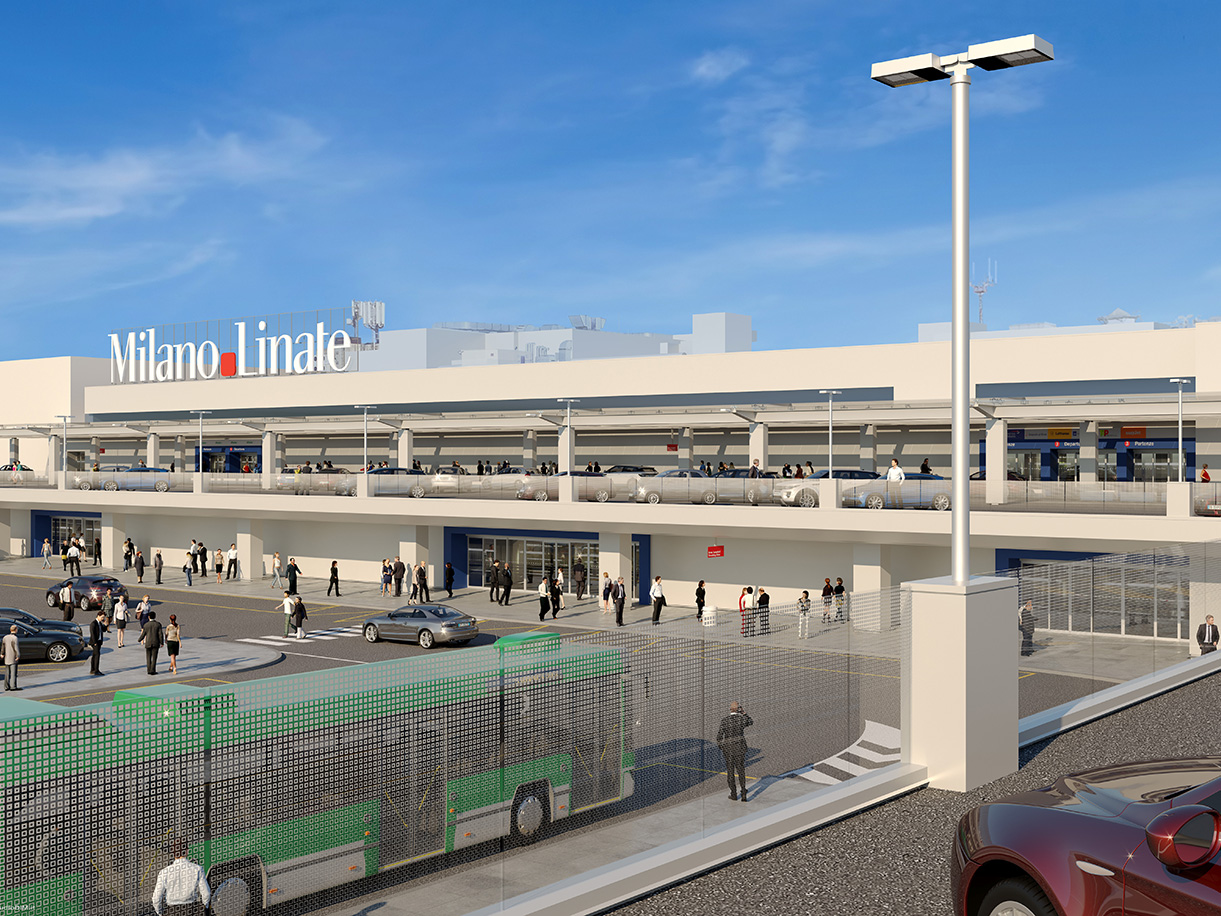 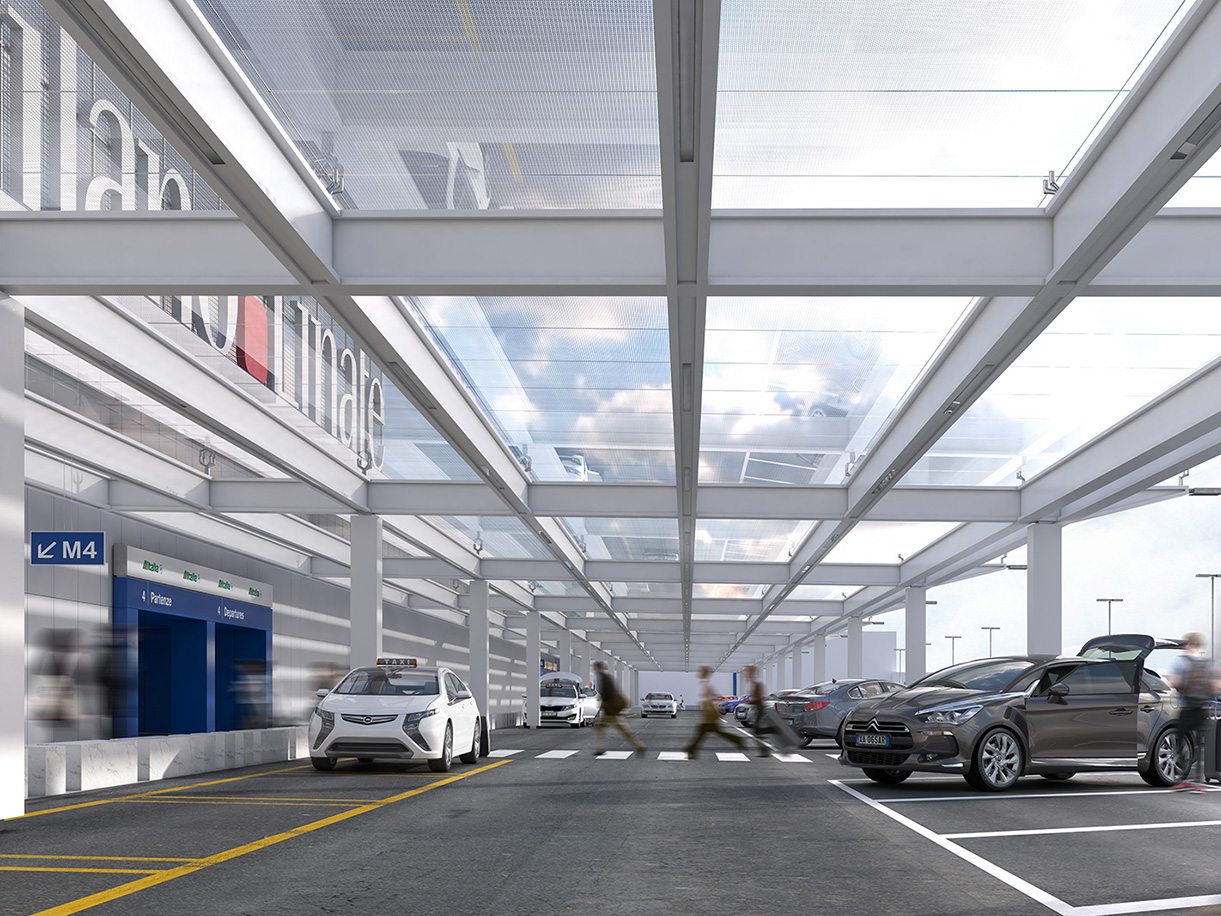 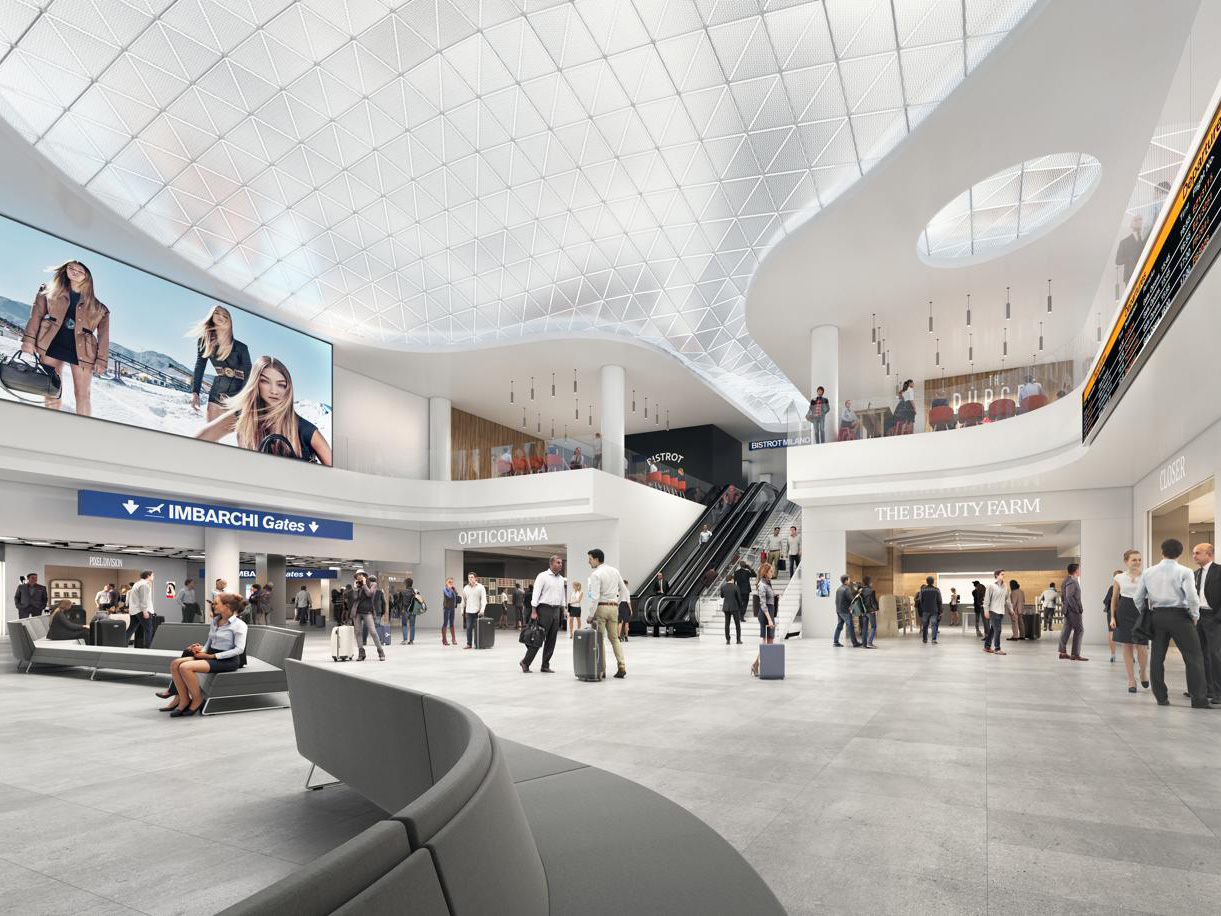 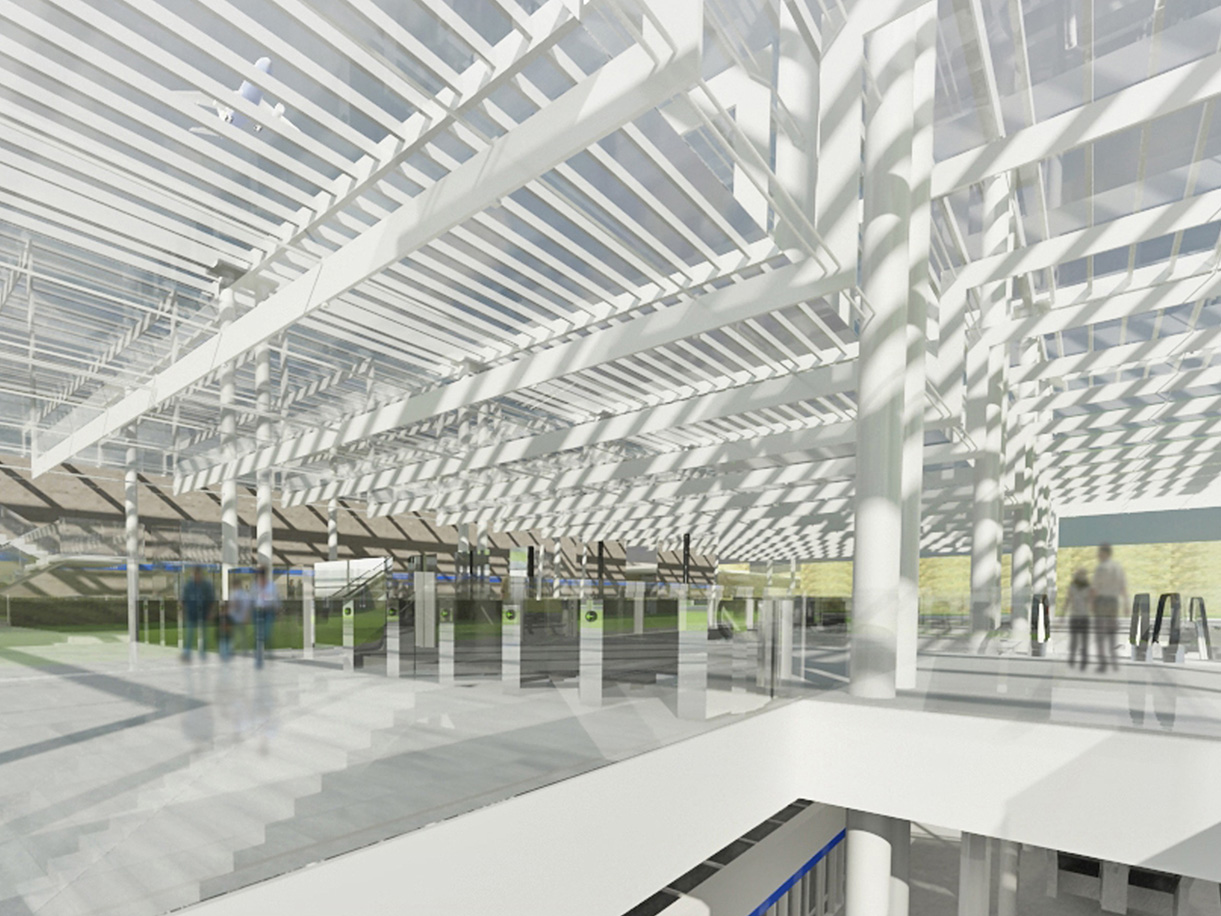 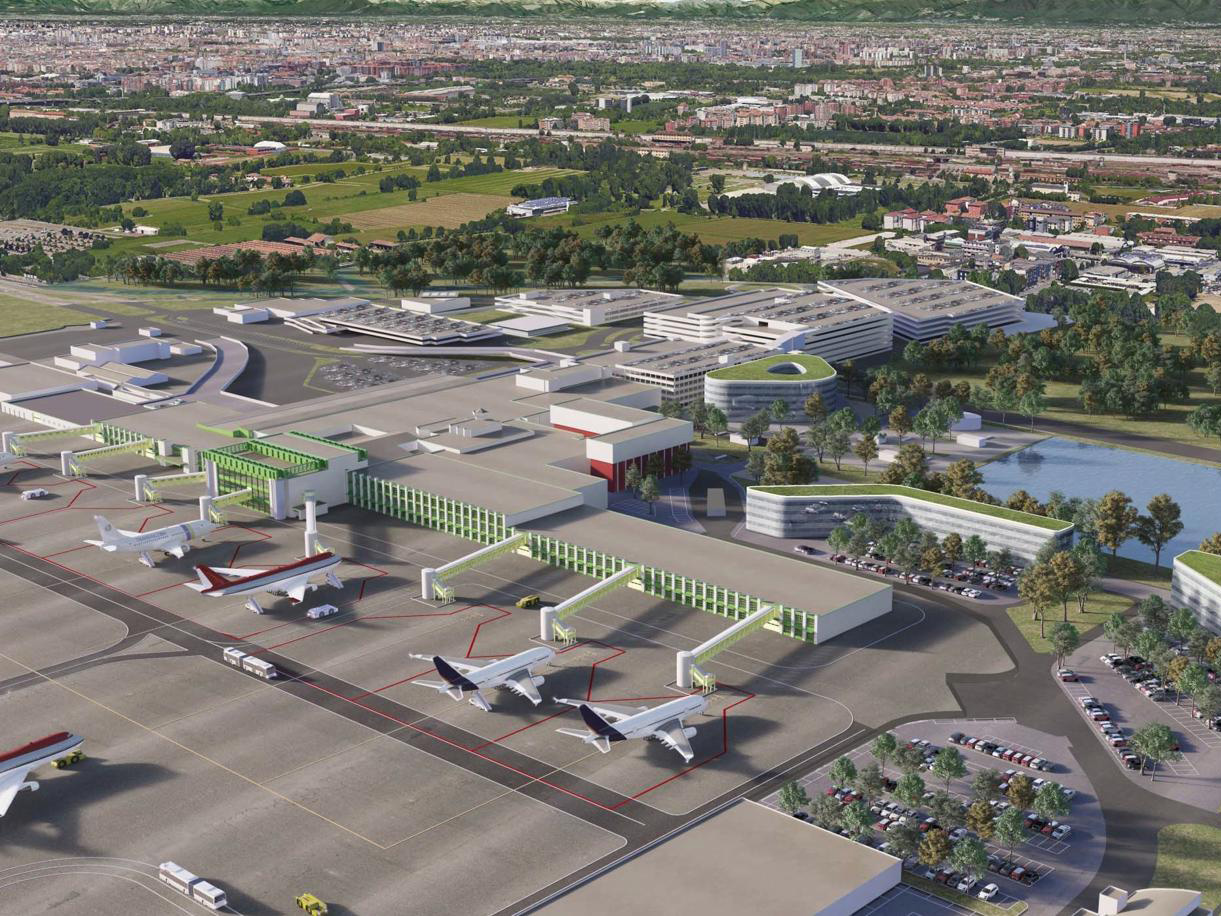